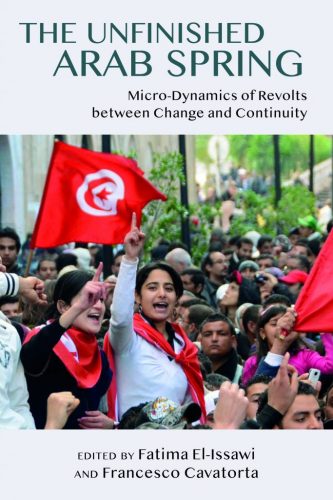 The aim of this volume is to adopt an original analytical approach in explaining various dynamics at work behind the Arab Spring, through giving voice to local dynamics and legacies rather than concentrating on debates about paradigms.

It highlights micro-perspectives of change and resistance as well as of contentious politics that are often marginalised and left unexplored in favour of macro-analyses. First, the stories of the uprisings in Tunisia, Egypt, Syria, Morocco and Algeria are told through diverse and novel perspectives, looking at factors that have not yet been sufficiently underlined but carry explanatory power for what has occurred. Second, rather than focusing on macro-comparative regional trends – however useful they might be – the contributors to the book focus on the particularities of each country, highlighting distinctive micro-dynamics of change and continuity.

The essays collected here are contributions from renowned writers and researchers from the Middle East, along with Western experts, thus allowing the formation of a sophisticated dialogic exchange.