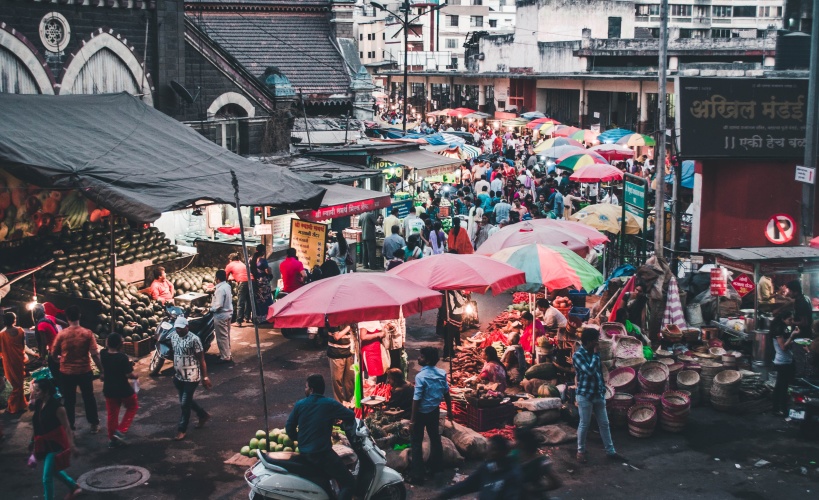 This year, May marks the month of fasting, Ramadan, considered holy to the Muslims. A quick Google search about Ramadan in the Middle East and North Africa (MENA) shows that during that time, Muslims are highly active in the community. This can be seen in news reports in various countries as well as in reports of civil society organizations. Communal activities include organizing collective Iftar (night-time fast-breaking) meals, delivering food baskets to needy families, volunteering for the elderly, giving donations and more.

The focus on food security is not surprising. The World Bank’s 2018 data on poverty in the MENA region (“Piecing Together the Poverty Puzzle”) show that the region’s poverty rates are high. For example, between 2011 and 2015 the poverty rate increased from 2.7% in 2011 to 5% in 2015, doubling the number of extreme poor to 18.6 million living on less than $1.90 a day. These high poverty rates demand attention to several social issues. Among these issues is the lack of food security. Based on Maslow’s hierarchy of needs, it can be argued that this is a fundamental human concern. These poverty rates and the need to ensure food security for the needy can explain, among other factors, the attempt to invest a considerable part of the charity and social activity in Ramadan and the other months of the year in food security.

As stated, in Ramadan, the rate of charity is particularly high. This is to be blessed as it benefits both the receivers and the givers. Another population that benefits from the high charity rates in Ramadan is civil society organizations, which are often the vehicle through which people give charity. Ramadan is certainly considered a “season” for raising funds for civil society organizations, both religious and not.

However, the question arises as to the state’s role in providing social services, in Ramadan and in the rest of the year, especially when it comes to food security and extreme poverty? Countries in the MENA region face a complicated geopolitical reality. Many have experienced war and turmoil in recent years, a situation that obviously affects their socioeconomic security. However, they can still do more to reduce the poverty and social inequality in general. Investing economic resources to reduce social gaps is necessary. However, there are several other steps MENA countries can take. These include developing mechanisms for relegating authorities to social organizations, in order to enable organized and supervised activity by these organizations without compromising their autonomy and promoting the formation of umbrella organizations in order to facilitate cooperation between the them.

These proposals are not innovative and some are already applied in different countries in the world in different ways as part of governmental and non-governmental social policies, such the relationship between the German government with the Turkish Muslim umbrella organizations or the Muslim organizations in Swiss. Today, in the social policy research discourse, as in many other areas of the social sciences, there is a need to address the social-cultural and religious contexts in the development and implementation of social policy. Therefore, we can consider Ramadan a window of opportunity in the region, through which funds can be raised in order to reduce poverty and social gaps. This is may be achieved through fruitful cooperation between states and civil society organizations.