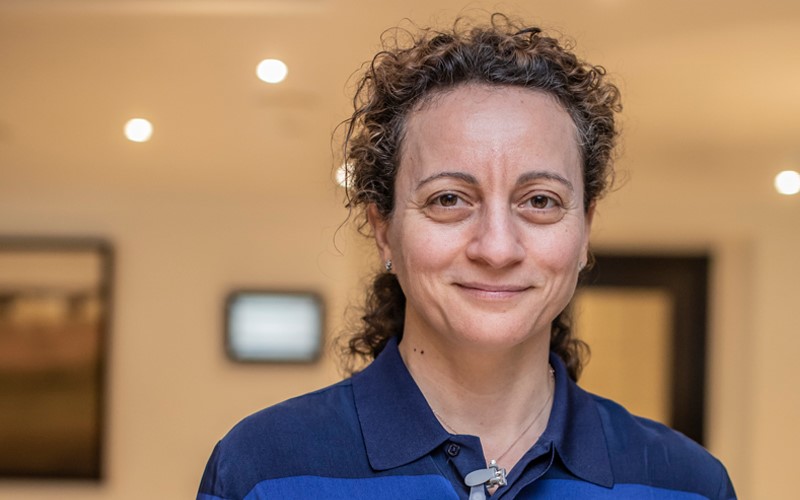 No doubt, the foremost matter on our minds these days is the COVID-19 health crisis: how to protect our health, our livelihoods, our communities – we are all implicated in the “war effort”. Across the world, the pandemic and the effects of lockdown to stop its spread have quickly magnified pre-existing systemic strengths and weaknesses not only in the health and social welfare systems of different countries but also in their economies and wider social fabrics: where workers were already on precarious contracts, many are now without income; where hospitals were under-resourced, many are not able to cope with the large patient numbers and their needs; where vulnerable groups such as older people or people with disabilities were neglected, now they are facing even greater risks.

Equally, we should acknowledge some positives such as where civil society groups were already engaged in community support and volunteering work, this has come to the fore again especially to maintain food security and essential household supplies. But more than this, illness and economic hardship are now affecting those not traditionally considered as “vulnerable groups”. As noted in a recent Development Pathways report, “we are all vulnerable” – poor and rich people and countries alike.

As with death, the COVID-19 virus is also a great leveller. In the United Kingdom (UK), the pandemic has seen mass mobilization across state and society; it has bridged (even if momentarily) the policy chasms between government and the homeless, the unemployed, public health care provision – and in a major U-turn on Brexit campaign promises, migrant workers are being sought to keep essential agricultural and health services afloat. Sadly, it has taken a life or death crisis to break all the taboos that were so politically divisive before. On the darker side, social inequalities have been heightened, as seen in the dramatic purchases of food by the general public at the beginning of the lockdown process: those who have the finances, stock-piled fast; those who have not, now make their way to the foodbanks in ever larger numbers.

But a country like that UK that is better endowed fiscally and institutionally to deal with a public health crisis contrasts with the more common situation to be found in many Middle Eastern countries. Here, despite the long experience of reacting to conflict and emergencies, countries are not able to match their experience with the required level of state protection for citizens during the current pandemic. Although there has been a range of emergency cash and kind transfers seen across a range of countries such as Lebanon, Jordan and Egypt, some of which is supported by additional funds from international development institutions, many  MENA countries face the same challenges as other developing countries due to huge losses in revenue and jobs, weaker economic and public health institutions, higher levels of informal labour and populations earning just enough to get by. The recently announced UN-ESCWA regional response to the COVID-19 crisis in Arab countries has estimated that a further 8.3 million people currently in the “middle class” income bracket will become poor due to loss of income and foreign remittances.

Women will be especially affected as many work in the frontline of health and social care provision and the increased risk of domestic violence during lockdown is of grave concern. These risks are found all over the world, not just in MENA. Indeed, further parallels and policy lessons for Arab countries may be found in South Africa as these two blogs by Stephen Devereux show here and here. This matter brings into stark relief, yet again, how social protection systems are ever more relevant: they are the vital ingredient for peace and prosperity.

A crisis will by its nature only magnify the social problems that already exist. Inequalities of health and social security will only deepen with an emergency event. We should remember that social protection is about two things: provision of services and strengthening of social cohesion. Both support each other and a state’s link to its people is through its social and public services. To use the metaphor of a healthy immune system – which at this time is highly pertinent – a society’s social protection system is its immune system to social, economic and health contingencies, big or small. For Middle Eastern countries, many of whom have faced emergencies or conflict in the past whether this takes the form of direct violence and war or the more silent structural form of social inequalities, social protection matters. It is a right that every citizen and resident should have access to. The role of civil society and non-state actors in this endeavour should also be factored in.

The MENA region has a wealth of experience in civil society action such as the example of ARDD in Jordan (video). The region also has a history of philanthropic activity, both religious and non-religious in nature as highlighted in the UN-ESCWA report cited above, as such, principles of and resources for social solidarity can be accessed if the political will for long-term social protection emerges in the region. Social protection should not be understood as an instrumental tool in times of conflict or emergency crisis but as a system of income and social protection across the lifecycle. It is based on a range of key programmes such as old age pensions, disability, child and unemployment benefits, that is funded from both general taxation and social insurance. Increasingly, we also see increased calls for a Universal Basic Income approach to be adopted by all countries.

Various countries also see the political sense in universalism and find the fiscal space to support it, as seen in Kenya and Nepal in recent years whereby such universal provision translated into significant increases in long-term social investment (see Development Pathways report cited above). Certainly, at the humanitarian level, which is of immediate concern to many MENA countries, social protection support can play a role through increased levels of benefit in existing social assistance provision as well as the expansion of coverage to new groups (as argued by Devereux, above. as cited above). This highlights the capacity for shock-responsiveness in social protection systems (see also Devereux). As argued in a recent OECD report, a time of crisis can also be a chance to reform institutions and capacities for more effective and comprehensive social protection. Social protection is not a luxury or a social safety net, it is the minimum that a state can provide to all its citizens at all times.