Founded in 2008 in Amman-Jordan, Arab Renaissance for Democracy and Development (ARDD) is a Civil Society Organization seeking to foster transformative change towards an empowered, resilient and just society in Jordan and the Arab World. 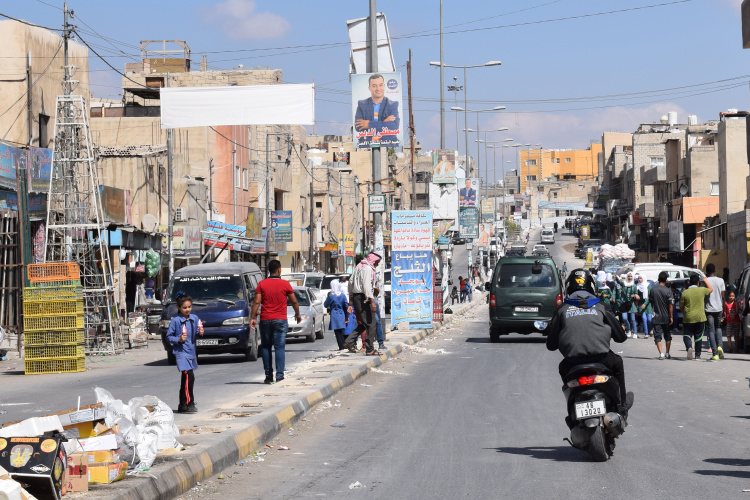 On Wednesday 29th May 2019, under the motto “Opportunities, Dignity and Empowerment “, the Jordanian Prime Minister Omar Razzaz launched the National Social Protection and Poverty Alleviation Strategy for 2019-2025, which was funded by UNICEF with the aim to support the country’s underprivileged population.

Launching the Strategy, the government promised to enhance the efficiency of its available resources to provide a comprehensive, transparent, and just social protection system that alleviates poverty through three tracks: Opportunity (to ensure a fair labour market the focuses on the private sector and offer decent work conditions and social security), Empowerment (Provide comprehensive and high-quality services that include education, health and social care for individuals in need within their families) and Dignity (Provide targeted and temporary social services to vulnerable citizens).

The Jordanian Prime Minister Al Razzaz announced that obligatory education will start for pupils from the age of five instead of six by 2025 and order to ensure the dignity of our citizens, the strategy will focus on supporting impoverished families and ensuring that more and more people would benefit from free health insurance. It was also announced that around 25,000 families will start receiving financial support starting Thursday 31 May 2019 with the launch of Takmeely (Supplementary welfare) program. While 50,000 will receive free healthcare. Other means of support as Razzaz added, include introducing 30,000 job opportunities to the labour market for Jordanians, supplying 5,000 poor families with solar system units, providing transportation to 10,000 families and guaranteeing good food supplies to 50,000 families through the school nutrition program.

Economists have criticized the government for not announcing the poverty study results, including the absolute poverty and food poverty lines and the size of the poor and middle classes among other important indicators and related 2017/2018 survey results. They questioned the government’s announcement of strategies that directly address the problem of poverty, including the National Strategy for Social Protection 2019-2025, while withholding figures for poverty since 2010. They believe this will have an impact on policy evaluation, and lead to doubting the studies and strategies originally developed to address this problem.

While launching Social Protection National Strategy that aims to achieve full integration of various support, aid and social welfare programs is a step in the right direction. Yet after reviewing the strategy, we were disappointed to find these efforts fall short as the Strategy’s priority actions fail to include plans that deal with migrants and refugees’ situation. In addition to withholding vital studies’ findings, the absence of evidence-based research, measurable goals, action plans and precise KPIs besides using vague broad language all of which contradict to its announced aims, negatively affect the credibility of the Strategy and deem it to be fragile and ineffective.
As Jordan faces huge economic challenges that massively impact lives of its people, ARDD urges the government to seriously consider reviewing the strategy and use the opportunity to set in key changes in the social welfare system that would make it more effective and more inclusive.

We suggest the following:

Firstly, to release the results of 2017/2018 National Survey numbers especially the poverty and absolute poverty lines and their demographic distribution in addition to all relevant action plans and their budgets along with precise and measurable KPIs, in order to ensure the Strategy’s transparency and accountability.

Secondly to produce the essential evidence-based research and analysis to all social welfare components and use the outcomes as a steppingstone for a credible strategy and affirmative plans of action and to take into consideration the recommendations of CSOs, experts and researchers in order to further develop the Strategy thus ensuring the credibility of the Strategy.

Poverty is contagious, any roadmap to alleviate this plague won’t be successful unless it is built on conclusive and sound research, transparent and measurable goals and just and inclusive measures.