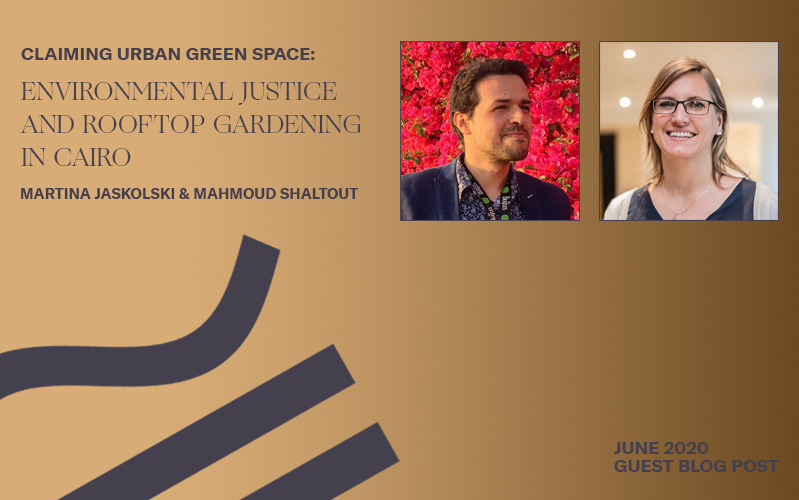 Mohamed is a rapper. Locally famous by his stage name “Khalifa” (after his Cairo neighbourhood), he sings about life in his community – the people, the suburb’s long history, and the residents’ pride in their cultural heritage. The houses in this part of the Khalifa suburb are nestled between Islamic heritage sights – mosques, shrines and mausoleums. Families have lived in the area for decades, but many have built their homes without following the government building code, which is why the area is classified as informal. Some houses are visibly crooked and others physically lean against the outer wall of Cairo’s famous Saladin Citadel. Deemed unsafe and too close to heritage monuments, the neighbourhood has faced several threats of government eviction. Word has it that an investor wants to transform the area into a tourism hub. Residents may be relocated to a social housing complex in one of Cairo’s newly developed satellite cities in the desert. This would not only disconnect them from their cultural roots but also ruin their livelihoods, which have been traditionally tied to the Citadel, the rapper maintains.

“Khalifa” is a naturalist and vegetarian, his dream is to turn the entire neighbourhood green. Beautifying the area may protect it from destruction, he hopes. “People who look down on us from the Citadel will see only green”, he says. As part of a joint project between The American University in Cairo and the U.S. Forest Service, “Khalifa” built a rooftop garden on his family’s house last year which transformed the family’s life. Not only does it provide a clean, green and breezy space to spend time in, but it also includes systems for growing fresh vegetables. “I am a farmer now, right in the city!” laughs the young rapper. “My next song might be about rooftop gardening”, he says, sharing his basil with neighbours and hoping that greening his neighbourhood may remove the negative social stigma the public has placed on it.

Having access to greenery is not a given in all of Cairo’s suburbs. The city’s densely built urban form provides as little as 0.33m² of green space per resident in some areas[1]. Greener suburbs are expensive historic areas, many located near the Nile and Downtown, and newly established gated compound developments in Cairo’s satellite cities. Named Lake View, Central Park, or Green Valley, these compounds invite those who can afford them to a greener life away from the noise, pollution and traffic jams of Downtown Cairo. They contribute to social and spatial segregation across the cityscape. In informal areas, roads can be so narrow that neighbours from across the street can shake hands through their windows. Residents have limited access to public parks or sports facilities, which can have an impact on both physical and mental well-being. Informal areas now constitute over 60% of Cairo’s urban form – they spring up on agricultural or government land, following land speculation and building haphazard multi-storey blocks by informal construction companies. Due to their illegal status, many lack public services such as water, electricity and waste collection. As inner-city apartments are expensive and hard to come by, informal areas have become homes to both blue- and white-collar workers. As informal living constitutes the reality of over half of Cairo population, policies designed to achieve the Sustainable Development Goals (SDGs) and to improve urban environmental justice may have to address the greening of these suburbs.

Environmental justice includes the equal rights of all citizens to access ecosystem services, be protected from environmental risk, and participate in decision-making about the environment. In many parts of Cairo, residents do not have much of a choice of where to live nor much opportunity to access green spaces on a regular basis. There is a gender aspect to this inequality as well. Women, due to Egypt’s patriarchal culture, are more likely to stay at home and look after the household and children, thus having even less chances than men to escape their immediate urban surroundings. Informal neighbourhoods can be more affected by environmental risks, pollution and the urban heat island effect[2]. While citizen protection is the reason for evacuating certain neighbourhoods, it is unlikely that all of Cairo informal areas can be removed and their citizens relocated. Researchers have criticised relocation efforts for being lacking in participatory structures and consideration for community cohesion and social capital[3]. Parallel planning mechanisms for green informal area upgrading may help improve the environment and ecosystem of existing urban spaces, serving both social and environmental sustainability.

Rooftop gardening is a solution and an urban planning approach that is slowly taking off across Cairo. While the city battles a plethora of environmental issues, including air, noise and solid waste pollution, there is one important opportunity. Most of Cairo roofs are flat and accessible and many can be turned into walkable farms and gardens. Over the past decade, universities, government ministries and research centres, NGOs, businesses and development programs have established model rooftop gardens across the city. These approaches take into consideration local circumstances, including the limited weight-holding capacity, heat, need for irrigation and water scarcity. Initiatives such as the Rooftop Gardens Alliance aim to bring together rooftop owners and entities and to create community hubs where garden owners encourage their neighbours to take up gardening (Figure 1). The American University in Cairo has been experimenting with low-cost rooftop gardening solutions for years, implementing and testing garden systems that communities can replicate and build on their own, even without much funding.

Urban rooftop gardens may be small spaces of a few square meters, but they can change how a family feels about their house and life, or how a community perceives its neighbourhood. Khalifa calls his family’s rooftop garden their “new green oasis”. Another rooftop owner, who has watched her neighbourhood turns from an agricultural community into a concrete and brick jungle within a decade, feels that her rooftop garden is reconnecting her with plants, growing and nature. A teacher, running a school rooftop garden, says she feels a spiritual connection to the plants and that taking up planting and growing food has positively impacted many of her students. Intensive gardens can generate income for families by selling vegetables to neighbours or on the local market. Having a garden to run and care for, to decide over and enjoy, may grow feelings of ownership, stewardship and connection to nature that currently do not exist in many of Cairo’s densely packed suburbs. Reclaiming small urban spaces may give rooftop garden owners a sense of environmental justice. If up-scaled across the city, rooftop gardens can have an immense environmental impact – improving air quality, absorbing CO2, increasing urban biodiversity and boosting the health of urban ecosystems. In 2019, Cairo’s Governor announced that, as part of reaching the SDGs, all of Cairo’s rooftops should be greened. Let’s hope the first seeds towards achieving greener livelihoods for more parts of the city have been sown. 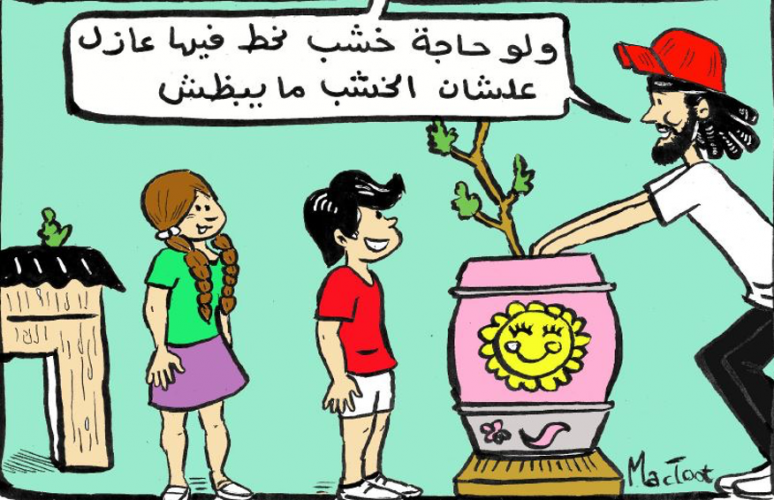 Martina Jaskolski is an assistant professor of sustainable development at the School of Sciences and Engineering. Jaskolski also teaches for the master of sustainable development degree program and has previously taught in the Institute of Gender and Women’s Studies. She holds a PhD from the Australian National University in Human Geography. Jaskolski has carried out research on sustainability and education, governance and community development in Australia, Indonesia, Germany and Egypt. Since joining AUC in 2006, Jaskolski has worked on a large number of community-based research and development projects, fostering sustainability, sustainable resource use, renewable energy, waste management and water conservation.

Mahmoud Shaltout is a post-doctoral teaching fellow and assistant professor at The American University in Cairo. He currently teaches courses titled ‘Scientific Thinking’, ‘Current Health Issues’, and ‘Creative Thinking and Problem Solving’. He holds a PhD in public health from the University of Salford, UK (2015). His thesis served as a pilot study on the role of the home environment as a determinant of childhood obesity in Cairo, Egypt. He also holds an MSc in environment and public health with merit from the University of Salford (2009). His master’s thesis, on food hygiene awareness among undergraduates living in student accommodation, was a runner up for the All Environmental Health Forum in Athlone, Ireland in 2009. Shaltout also previously obtained a BSc in Environmental Sciences (conc. Biology and Ecosystems) from the American University of Sharjah, UAE (2007).

The opinions expressed in the guest blogs are those of the authors. They do not purport to reflect the opinions or views of the Middle East and North Africa Social Policy (MENASP) Network or the University of Bath.