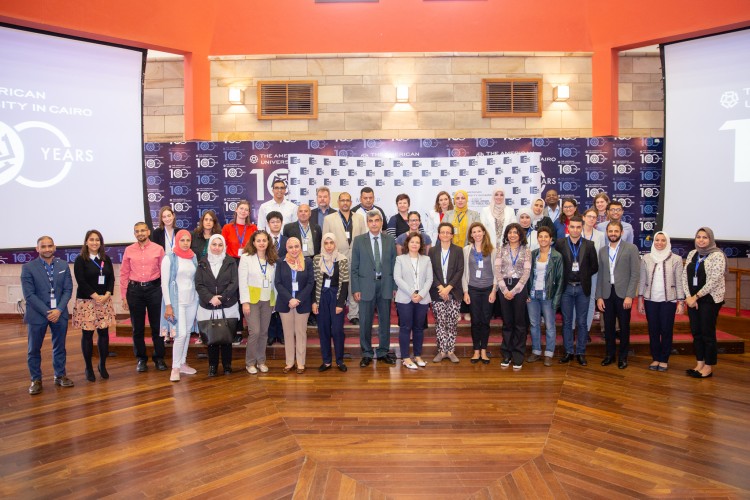 On 30 and 31 October 2019, nearly one hundred delegates from around the world, including academics, practitioners and students, descended on the American University of Cairo in Egypt for the fourth MENA Social Policy Network Conference. The conference was a truly international affair with delegates attending from throughout the MENA region as well from countries further afield including South Korea, Ghana, Germany, the UK and Japan.

Titled ‘Social Policy in the MENA Region: Policy Learning in the Era of Social Protection,’ the conference sought to engage with the following questions: how do we as researchers, policy-makers and practitioners make sense of the social protection agenda in the MENA region? In what ways does the present agenda replace or reinforce pre-existing social policy structures? And perhaps most importantly: how can social policy change be managed in this time of social transformation? The conference presentations tackled a large number of critical scholarly and policy research concerns. The keynote speakers Professor Melani Cammett from Harvard University and Professor Nitra Rudra from Georgetown University presented on the Politics of Retrenchment in the Middle East, and Embedded Liberalism in the Digital Era respectively. The other speakers, meanwhile, including a large number of early career researchers, many of whom were provided with travel bursaries, tackled issues as diverse as:

The Fourth MENA Social Policy network conference was a collaborative effort which brought together as an organising team the MENASP network, the University of Bath, the American University of Cairo, and the British Council.

The MENASP network its partners are grateful to the Carnegie Corporation of New York for its generous support for this initiative.